Jars loaded andclosed by metal cap are transported into the palletizer’s area with two single-transporters arranged in parallel.
Depending on the size of the jar, the appropriate amount is placed on the loading unit and is limited by the stopping stars.
Single magnetic heads are lowered at fixed earlier jars and carry them to the loading table.
The process of jars’ moving for conveyors is taking so long until a full coat will not be formed given by the dimensions of loading basket.
Thus formed jars’ layer is captured by the main magnetic head and is conveyed to the previously introduced loading basket.
On the layer placed in a basket, the operator puts the appropriate spacer on which the next layer is placed after the operations described above 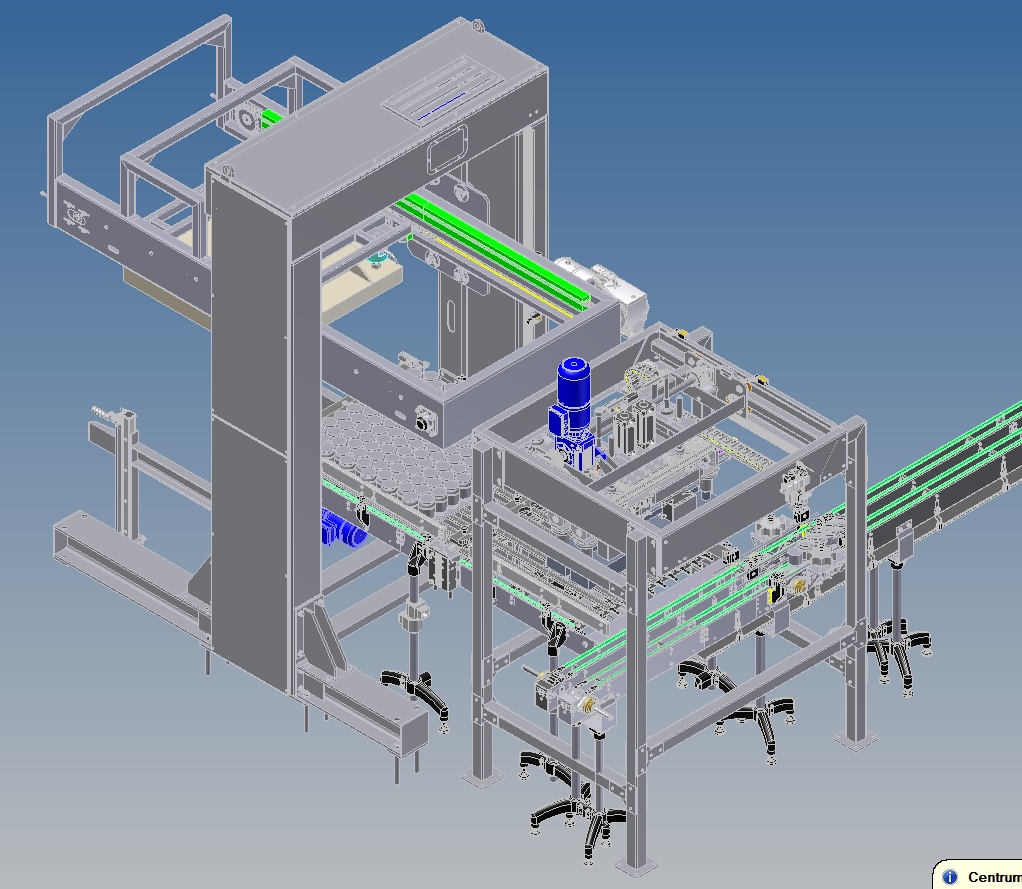 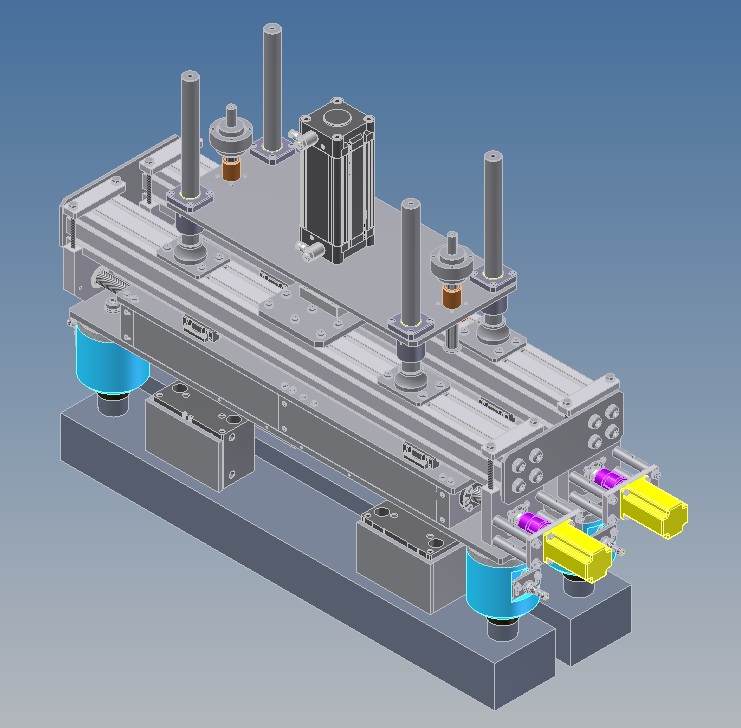 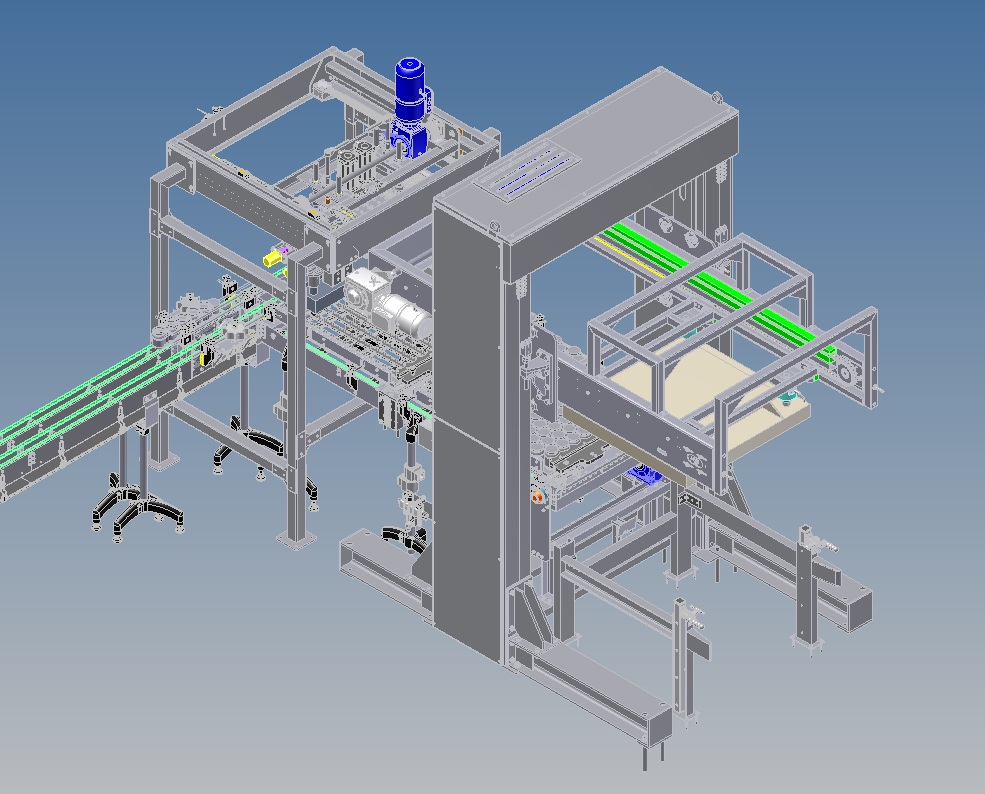 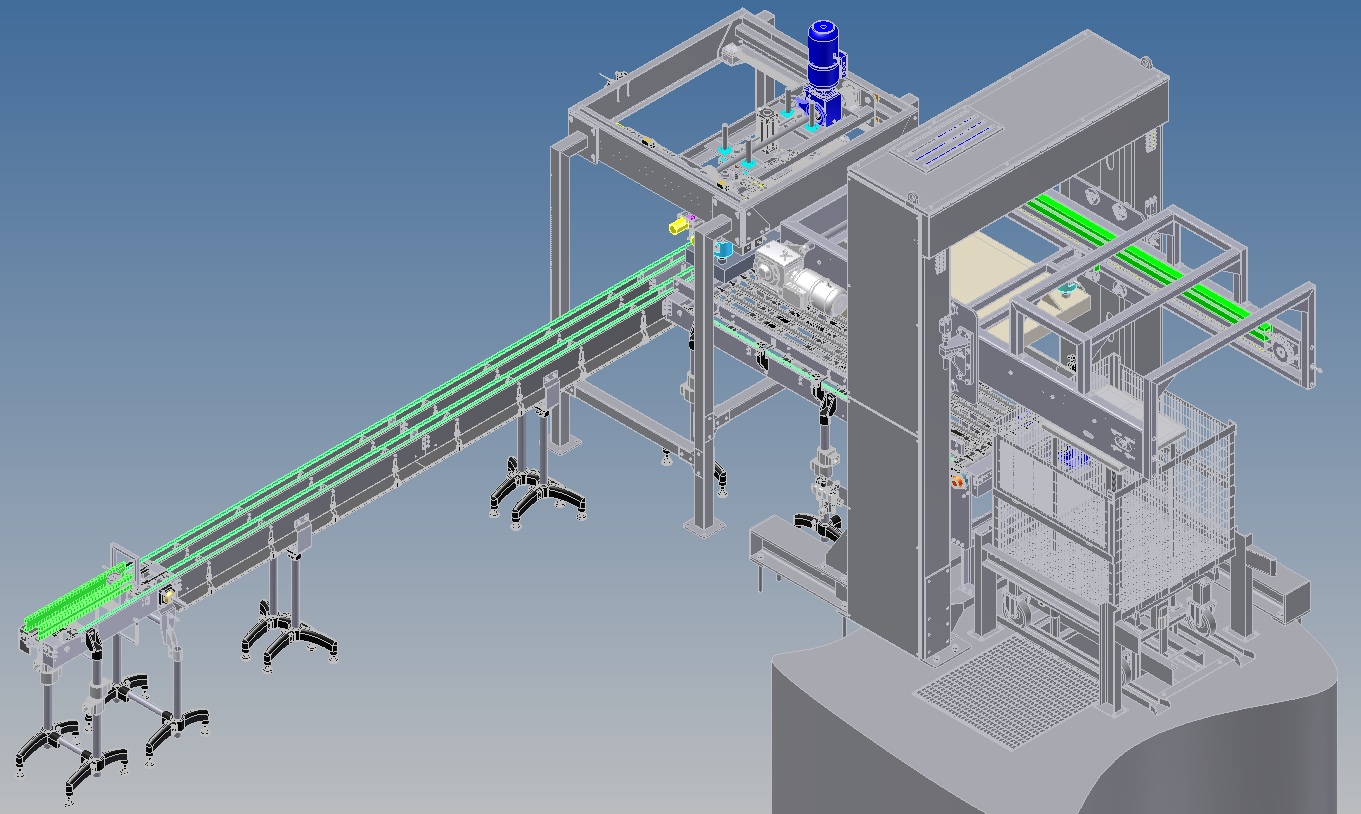 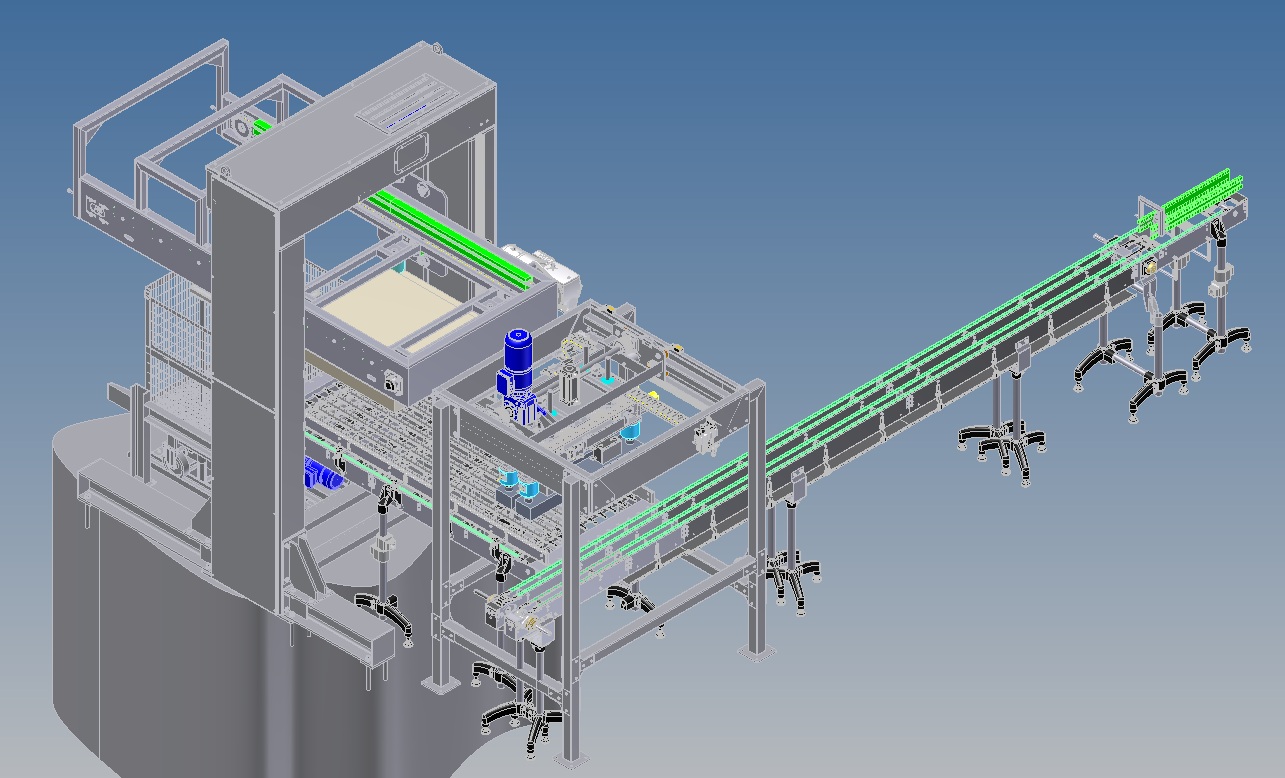 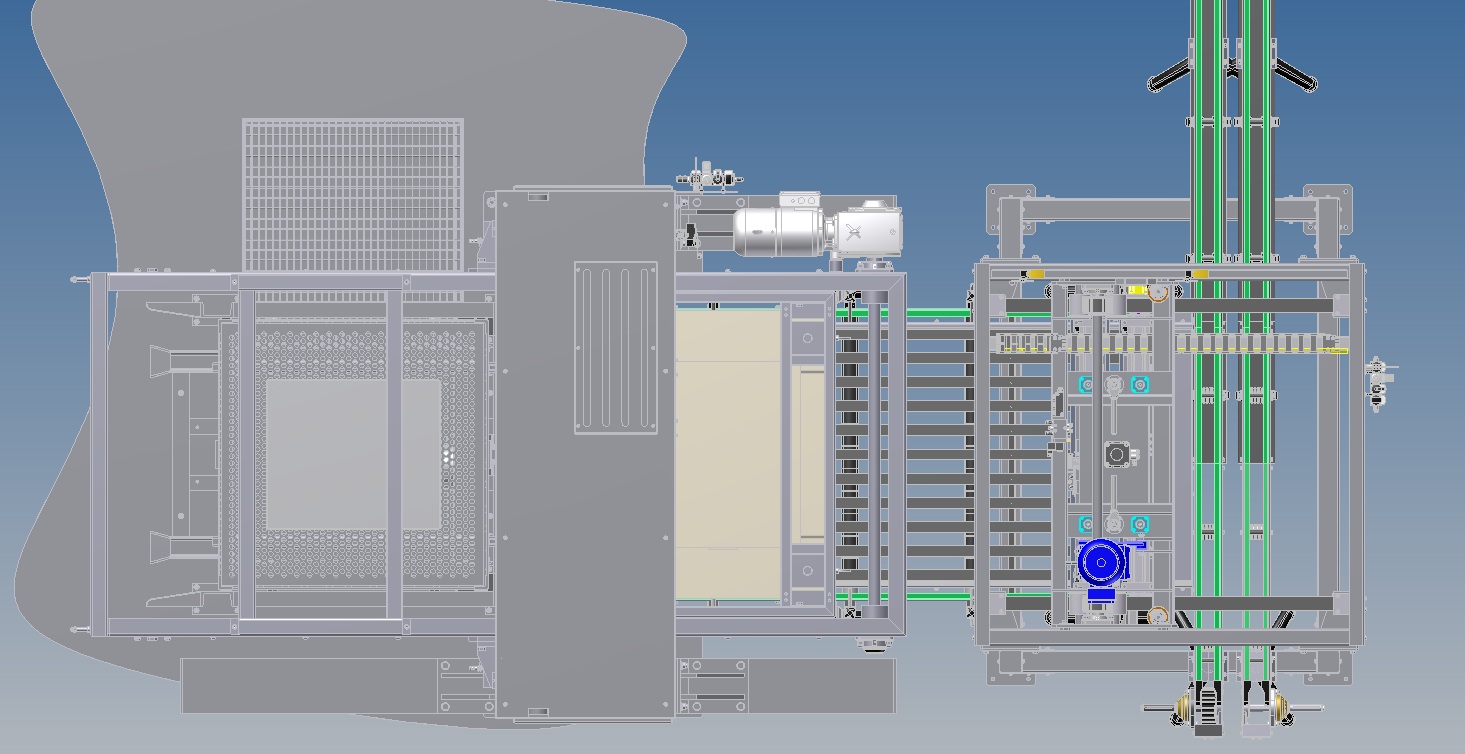 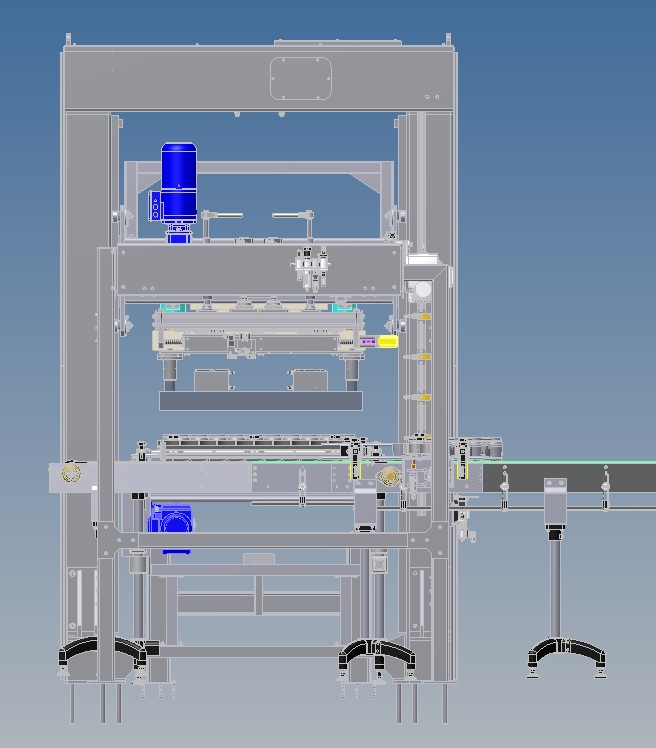 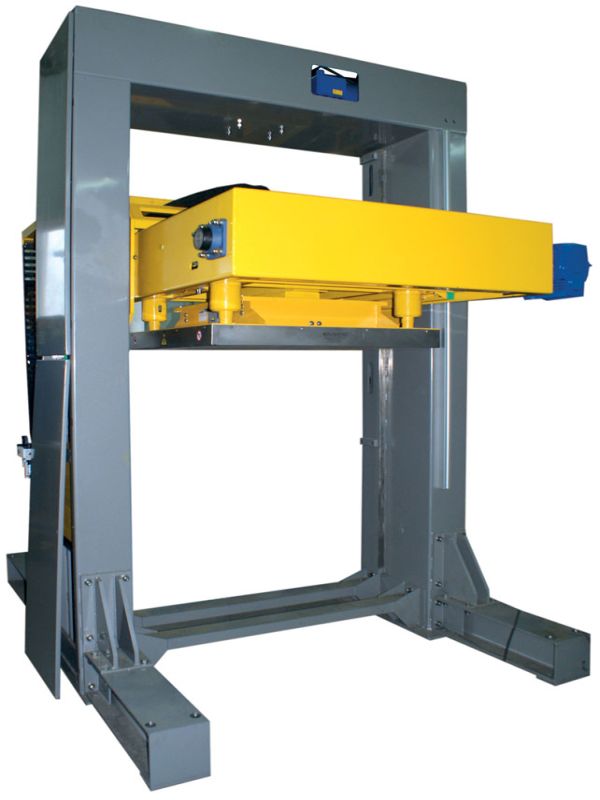